A Joy Story: Jason Griffin and his Full Throttle.

The only para-athlete to ever compete in AMA Pro Flat Track, Jason Griffin is ready to set the world on fire with his new Ducati Scrambler Full Throttle. 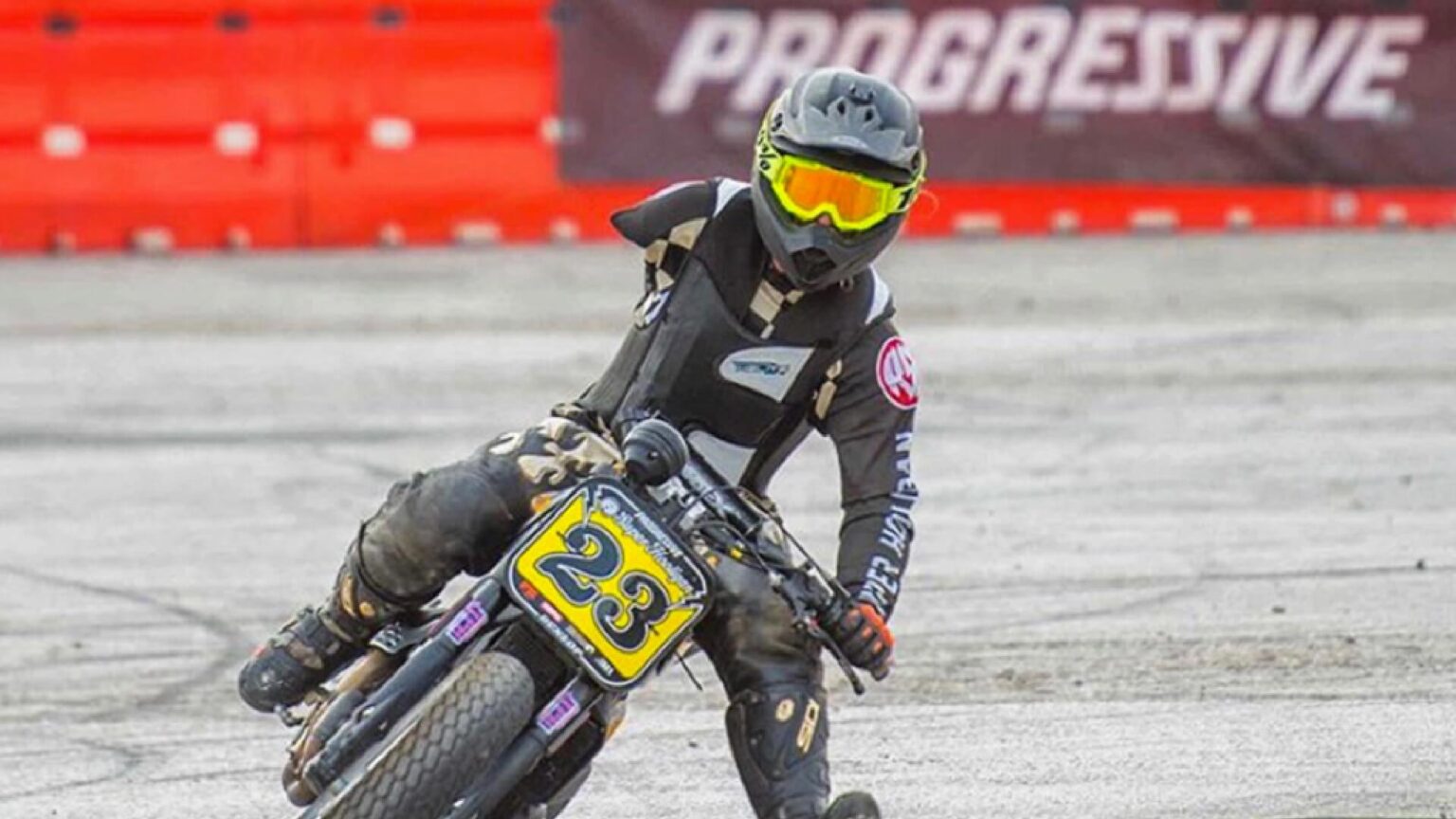 He says that everyone has their own purpose in this life. If this is true, then Jason Griffin’s one must be to redefine the perceptions of possibility. He lost his right arm when he was two years old and his brother when he was thirty. Yet he never slowed down. Motorcycles are part of Jason’s DNA, and it was racing that helped him and his family overcome every difficulties.

Jason started his career in 2005. He won several championships locally and then nationally at the AMA Daytona Winter Nationals. He was also member of an elite-level paracycling team based in Greenville, SC, and for twice he was invited to stay at the Olympic training camp. He is the only licensed Pro para-athlete to ever compete in AMA Pro Flat Track.

Since a few weeks he is also a Scramblerista, as we like to call those people who not only possess a Ducati Scrambler, but also embody the real spirit of the Land of Joy. Which is something that Jason Griffin has really plenty of, and the reason why he’s the perfect person to connect to during these troubled days.

Hi Jason, it’s great to have you chatting with us and letting us know about your story. Let’s start our conversation with a few questions about the bike. How did you meet with the Ducati Scrambler?

At the beginning of February I was racing the Super Hooligan at The One Moto Show in Portland, Oregon. I spent some time with Jordan Graham – great guy, fantastic racer – who started raving about the Ducati Scrambler. He had one there and I went to see it. I took pictures of every single part, of all the geometry. When I went back home I played other pictures out, I studied it and said “Well, this bike looks awesome!”. So when after a few days Jordan told me that Brad Spencer, the winner of X-Games 2019, had another one for sale, I called Brad and bought it from him.

And then comes the best part. Brad and I lived more than 3,000 miles apart. We didn’t even know each other. But we started working together over the phone, with video calls and whatever, at night. This went on for weeks, because Brad wanted it perfect upon delivery. He changed everything, starting from the throttle, because I have to make it rolling forward. He cut the handlebar, something I do on my bikes so that other riders don’t run into it. He tucked all the wires in, shortened the swing arm a little bit and removed some of the materials up in it. He also changed the tyre to 19’’.

And when did you finally get the bike?

In March, at the Mint 400, which is the Fear and Loathing in Las Vegas for off-road racing. They brought it to me and… Man, Brad Spencer really poured all his heart and soul into that motorcycle!

What did you like the most of your new Ducati Full Throttle?

Everything. The Scrambler’s so awesome I almost bought another one last week! It’s just so versatile. The torque is super smooth. The suspension let you use this bike to ride in the woods, in the desert, to the gas station. You can really do everything on it.

So you’re pretty happy about it.

Definitely! Ducati to me has always been about precision. I’ve never owned one, this is my first. And it’s just the beginning!

Now let’s talk about flat track racing. Why is it getting more and more popular in your opinion?

Flat track is upswing. I guess a lot of it relates to this feeling of being part of one big family. Before and after the race we all have fun together, drinking and eating together, sharing tips and tricks for our bikes, even between guys from different teams. Also, there’s a lot of amazingly talented people. People that can make a motorcycle do everything they want to. And finally, flat track allows for so much bike changes. Everyone builds their stuff a little bit different. That’s what I love about it.

So as a flat track man, you like getting dirty from working on the bikes more than riding?

Oh no, I just love all of it. I’ve been a promoter for 10 years. We’ve put on motorcycle races and we started a club here. We could have been a whole lot damn faster but winning was not a priority for us, it was more about the family. When I got my Pro license I realized I had to be smart. So I worked with the guys on suspension, geometry and stuff to make the ride more comfortable. All those guys up front have so much talent, a couple of pounds of air pressure is the difference between winning and losing. Setup is the key. But I’ve always been a racer first.

When I won my first championship my dad had an heart attack. I said to him: “Just relax, we’re gonna get another one!”.

It seems you do have superpowers!

My parents never told me I was handicapped. And they just pushed, pushed, pushed. This is why I only know one speed. While I was out on the road I got a bachelor’s degree and two master degrees. I used to study on the anatomy book, sign autograph, go qualifying, come back, sit down, “Dad, get bikes ready!”, “Mom, make sandwiches!”, sign autographs, study biology, skateboard on the halfpipe that was in my backyard and so forth. You can do it all, but you have to run a really tight program.

And to stay fit as well. How do you keep yourself trained?

When I started flat track I started going to the gym. But in flat track you can be fast even up in years. Brad Spencer got the gold medal at the X-Games when he was 60 years old and he didn’t even break a sweat. I guess I’m still using the days as para-cyclist: we rode a bicycle six days a week, cared for our nutrition, went to the Olympic Training Center to build muscle strength. Being a biology teacher helps me a lot. The human body is amazing.

How does it feel like for you to be an inspiration for other people? Is it something you think about?

One guy once told me: “The worst day in your life can be the best thing that’s ever happened in your life” and I believe that. I’ve always fought back in every situation. My dad always said to me “You got to be tough, boy!”. I don’t think I’m that good. But I’m determined.

I crashed a lot, like every week I got a motorcycle destroyed. But I’ve never quit. I’ve always kept going.

Being the role model is something I’ve never really cared for until we went to Daytona for Bike Week. People went crazy. I saw them smile. That’s when I realized I could reach a lot people. And if I can help them that’s good, I will.

And how are you going to do that? What are your next goals?

I just started a non-profit: the Jason Griffin Racing Foundation. We’re gonna educate folks, spread a lot of joy. In Greenville we have the Shriners Hospital, a place where children with different disabilities are given free assistance and medical support. We’re gonna walk into there and tell these kids about superpowers, and how we can pretty much do whatever we want to if we put our mind to it.

And with your bike?

I’m gonna take this Ducati Scrambler and set the damn world on fire! I want to come to Italy. Yours is a racing country, where people are proud and passionate. Remember: people want to be connected. Together we can make reach out and make people smile. And a smile is always so powerful!