Venom and Scrambler, partners in crime

The thrill of motorcycle riding is challenged only by the visceral adrenaline rush of a great action film. 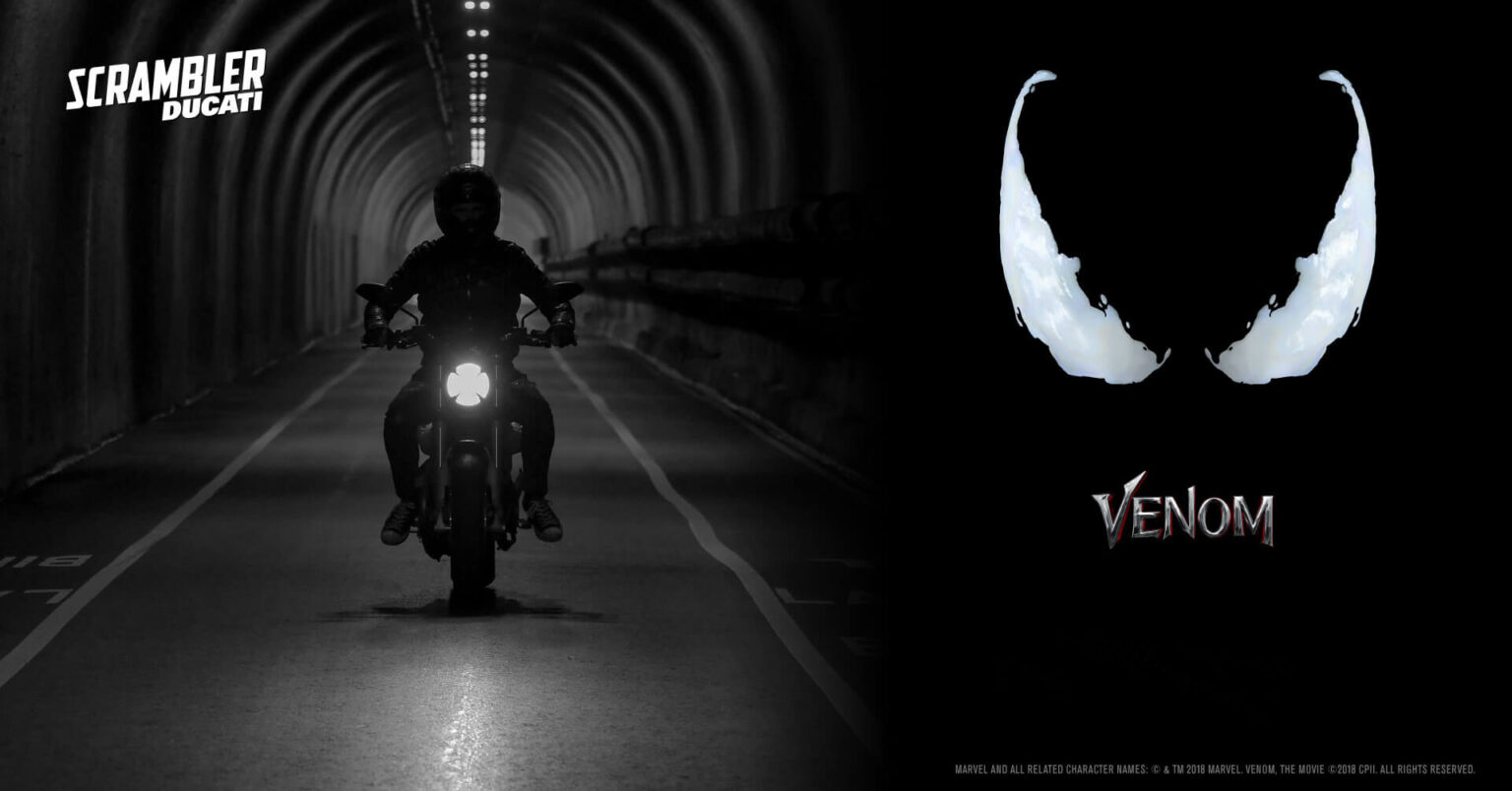 A synergy that Ducati Scrambler amplifies with its role in Sony Pictures’ upcoming motion picture, Venom.

Ducati is presenting special behind-the-scenes video footage, available on YouTube: Venom Movie: Scrambler Ducati Behind the Scenes. Anyone interested in learning more about the bikes and the Venom movie can do so on scrambler-venom.com.